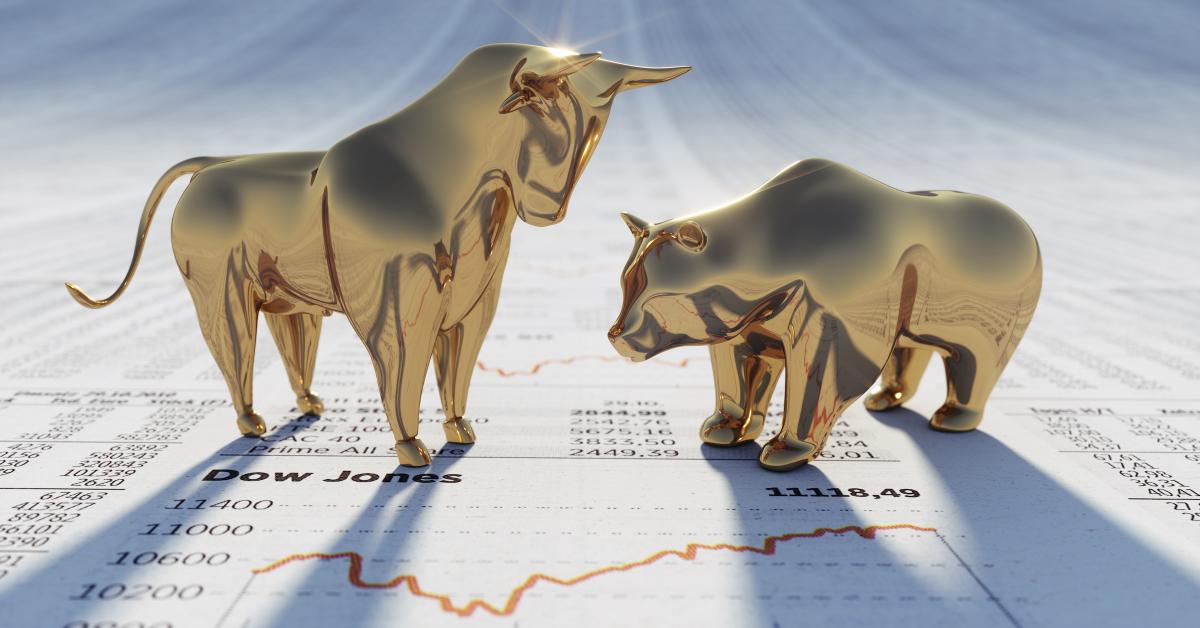 Can we see patterns from one year to the next, or is it a maddening bracket?

A Brief History of the DJIA

The Dow Jones Industrial Average is a stock market index, used to assess movements in the market and its overall strength or weakness. It was created in 1896 by Wall Street Journal editor and co-founder of Dow Jones & Company, Charles Dow.

The Dow tracks the market performance of 30 large American companies. Initially, the Dow had only 12 stocks. These included such golden oldies as American Cotton Oil Company, U.S. Leather Company, and Distilling & Cattle Feeding Company. In 1920, the Dow expanded to 20 stocks and then to 30 stocks in 1929.

The Dow is constantly changing, although additions and deletions don’t happen very often. The last change was in August 2020 when Salesforce.com replaced ExxonMobil, and two years before that when Walgreens replaced General Electric. Due to its age, the Dow Jones Industrial Average represents a continuous chart of our nation’s economic growth, along with its ups and downs.

We can play our own version of March Madness and rank the top companies in the Dow based on 2021 performance. Using performance from 2021, here are the best and worst performers from the Dow.

Let’s be honest for a second: in 2021, the DJIA delivered one of the most surprising years in recent history. While many were happy to see 2021 in the rear-view mirror, the 2021 performance for the Dow was nothing short of impressive, especially given the headwinds of COVID-19. Who could have predicted that in 2021 the DJIA would rise 18.7%? Maybe 2021’s 5 best- and worst-performing stocks from the DJIA can inform us?

Surprisingly (or maybe not), there were some very big winners in 2021, including Home Depot and Microsoft, which both posted gains upward of 50%. In addition, within the 30-stock DJIA, 2021 saw 25 record-positive performances based on 2021 total return, including these top 5:

What Financial Advisors Will Predict

But here is what financial advisors do know: every large, powerful company has good and bad years — and trying to determine future performance based solely on past performance is a bad idea.

So who will be the best performer for the rest of 2022? It’s anyone’s guess. Hence, the Madness. And the reason mutual funds are so popular.

Quit or Realign? How to Get Your Business or Career in Sync with Your Life

Keeping It Real in Real Estate: What First-Time Homebuyers Need to Know

The REAL DEAL in Real Estate

5 Potent Tips to Get Your Financial Life in Gear

Scaling and Pivoting Your Business

How Your Retirement Savings and Income Are Taxed