Changes to the FAFSA: What it Means for Middle and High-Income Families 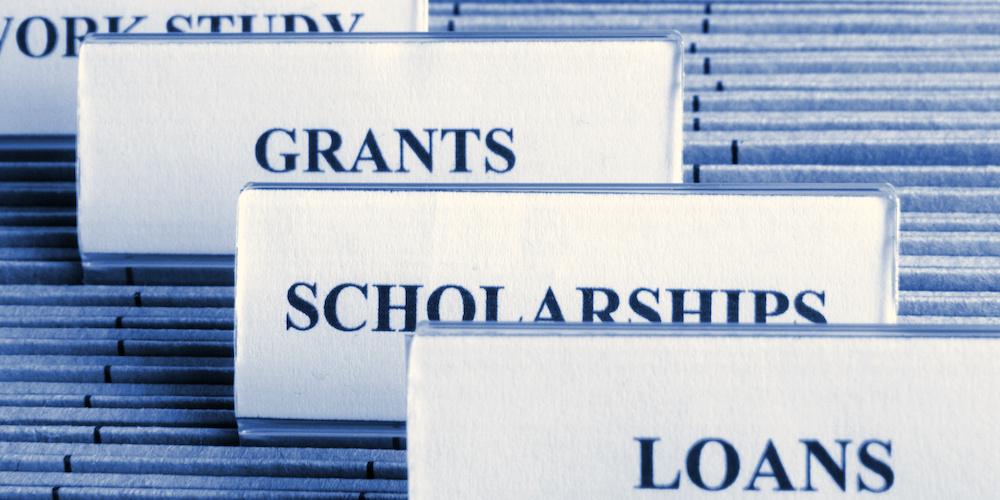 On December 21, 2020, in a massive effort to prevent a government shutdown and provide pandemic relief, Congress introduced a funding bill named the Consolidated Appropriations Act (CAA), 2021. The new legislation contains provisions that expand those provided by the Coronavirus Aid, Relief, and Economic Security (CARES Act), as well as some important policy changes affecting higher education.

One of the biggest results of the CAA includes changes to the Free Application for Student Aid (FAFSA), which is completed by prospective and current college students each academic year to determine their financial aid eligibility. The new provisions will take effect on July 1, 2023 for the 2023-2024 academic year, which gives the U.S. Department of Education time to implement the changes.

Here are a few of highlights of the legislation and how they are expected to impact middle-income and high-income families.

Revision: The “Expected Family Contribution (EFC)” index number will now be known as the “Student Aid Index (SAI).” The EFC is an index number that colleges use to determine a family’s eligibility for financial aid. The term has often been misleading and confusing to families, as it implies that it is either the amount of money a family will have to pay for college or the amount of aid they will receive.

Impact: The name change does nothing more than acknowledge that the current term doesn't properly characterize what the number is—an eligibility index for distributing funds, not a reflection of what a family can or will pay for college expenses, according to the National Association of Student Financial Aid Administrators (NASFAA).

The EFC (soon to be SAI) is based on several factors including income, non-retirement assets, education savings account(s), household size, and marital status, to name a few. Many middle-income and high-income families pay more than the EFC because schools rarely provide an aid package that meets 100% of financial need. For example, if a family’s EFC is $45,000 and the school’s Cost of Attendance (COA) is $75,000, then the student’s demonstrated financial need is $30,000. If the school provides a financial aid award package covering $20,000, then the family is responsible for the $45,000 EFC amount plus the financial aid shortfall of $10,000, bringing their total out-of-pocket costs to $55,000. (The good news for families in this situation is that there are several strategies they can explore to cut expenses and maximize financial aid, but that is a topic for another time.)

Revision: In the midst of the pandemic, we’ve seen a disturbing trend in higher education: a decrease in the number of families completing the FAFSA, which is the universal first step to applying for financial aid. According to The National College Attainment Network, the number of high school students completing the application as of January 1, 2021 was down by 11.4% from the previous year. There are several reasons for the decline, one being the sheer number of questions that families are required to answer. The CAA's student-aid provisions will eliminate dozens of questions, including many that were answered with a non-zero response by less than 1 percent of filers. More specifically, lawmakers agreed to reduce the total number of questions from 108 to 36. The bill also allows more applicants to have both their taxed and untaxed income data automatically transferred into the FAFSA, rather than having to self-report or manually enter it.

Impact: One of the biggest myths that middle-income and high-income families face is the belief that they won’t qualify for financial aid because their income is too high. This might or might not be true. As a result, they choose not to complete the FAFSA. But remember, I said there are several factors that go into determining a family’s eligibility for financial aid, and income is only one of them. It's also important to note there is no income limit when it comes to the FAFSA. These are just some of the reasons families should not make assumptions about financial aid. If funding is an issue—which is often the case for middle-income and high-income families—then determining whether they qualify for need-based aid is a crucial first step. This underscores the importance of completing the FAFSA. The hope is that fewer questions will lead to an increase in the number of applicants by making the application less tedious and daunting, especially since it must be completed every year until the student graduates.

Who Completes the FAFSA

Impact: For two-parent households, the revisions won’t make a difference, as both parents are required to provide financial information. However, for divorced or separated parents, the impact could be significant because it could result in lesser financial aid eligibility, if there is a substantial difference in income between the custodial and non-custodial parents.

Revision: Currently, financial aid eligibility increases for families with more than one child enrolled in college at the same time. So parents of twins/multiples, or parents whose children are spaced closer together, have had the potential to benefit greatly. Under the new law, the FAFSA will no longer allow this discount.

Impact: This change could significantly reduce financial eligibility for families with multiple children in college at once. For example, prior to the change, a family with a calculated EFC of $40,000 could see that figure drop by as much as 50% if they had two children in college—that would be an EFC of $20,000 per child as opposed to $40,000 per child. Without this discount, the parents' calucated contribution level could be much higher.

Revision: The FAFSA excludes non-retirement assets—checking account balances, stocks, bonds, etc.—from the financial aid eligibility formula. How much is shielded depends on the age of the oldest parent as of December 31 of the year the FAFSA is filed. For example, if the oldest parent in a married couple is 48 years old in 2020, then the couple could shield up to $6,000 (or $2,000 for a single parent). With the new legislation, there is no change to the amount of non-retirement assets that can be sheltered by the asset protection allowance.

Impact: While the current bill leaves asset allowance protection as-is, asset allowance protection amounts have steadily decreased over the last decade. In 2010, the amount $52,400 for 48-year-old married parents and $21,900 for a single parent of the same age, compared to $6000 and $2000 last year. If the trend continues, asset allowance protection is projected to disappear entirely soon. The decreasing protection has had the most impact on middle-income families and some high-income families, as it makes college less affordable by reducing the student's aid eligibility by thousands of dollars. Single parents are also disproportionately affected since the amount shielded for them is nearly two-thirds less than for two-parent households, as shown in the examples above. Younger parents also have a lower asset protection level than older parents. For example, 65-year-old parents in 2020 could shield $9,400 ($3,000 for single parent), as compared to the previously described 48-year-old parents.

Revision: The biggest source of financial aid comes from the federal government, and the vast majority of this is awarded through the Pell Grant Program. Pell Grants are also the main federal grants available to low-income and middle-income families. The new legislation simplifies Pell Grant eligibility: families that make less than 175 percent of the federally defined poverty level will receive the maximum award, which was $6,345 for the 2021-2022 school year. The bill also increases the maximum amount of the grant award by $150, bringing it to $6,495.

Revision: Under the CARES Act, interest and payments on federal student loans have been waived until January 31, 2021. However, the bill did not extend the interest and repayment waivers, nor does it contain any student loan forgiveness provisions as many advocates and borrowers had hoped. Another notable change, which is an extension of the CARES Act provision, is that employers can continue to make tax-free payments towards their employees’ student debt, up to $5,250 through January 1, 2026.

Impact: The provision allowing employers to make payments on their employees’ student loans can benefit parents that are trying to pay for college while also repaying their own student loan debt, which is common for many middle-income and high-income families. Also of note, the new administration has now extended the waivers for another nine months, until September 30, 2020, and is expected to call on Congress to consider across-the-board student loan debt forgiveness. I will continue to provide updates as further information is obtained.

In sum, families seeking financial aid must complete the FAFSA to qualify for federal grants and loans—and for many institutional grants and scholarships as well. This new legislation changes some of the landscape around this crucial piece of the financial aid process. While the bill simplifies some aspects of the FAFSA, it has made other aspects more complicated. This is why it is more important than ever to understand the provisions and how they impact a family’s ability to pay for college.

How to Choose a Tax-Advantaged Account for College Saving, Part 1

5 Tips to Prepare for the First Year of College

Changes to the FAFSA: What it Means for Middle and High-Income Families

5 Things to Help You Get Ready For College. Now.