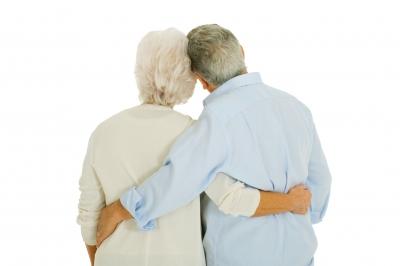 It doesn’t take an advanced degree in finance to know that the more money you put into your retirement account, the more you’ll have to spend later. But when it comes to contributing to that retirement fund, how much should you be putting away annually? According to a recent study, just a few percentage points can make a dramatic difference over time.

A recent study by the Putnam Institute contends that while several variables—such as fund selection, asset allocation, portfolio rebalancing, and deferral rates—all contribute to the effectiveness of a contribution plan such as a 401(k or 403(b) plans, the one variable that had the biggest impact was the deferral rate.

In other words, the rate and amount of an individual's contributions to their plan was the single most significant factor in boosting retirement saving success.

Even with just a 1% increase—e.g., from a 3% to a 4% deferral rate—an individual’s final accumulation balance would have been 30% greater than using a fund selection strategy referred to as the “Crystal Ball” strategy, in which the plan sponsor (i.e., employer) uses a predefined formula to predict which funds have the potential to perform well for the next three-year period. Furthermore, the 1% boost in income deferral would have had a wealth accumulation effect nearly 100% larger than selecting a growth asset allocation strategy, and 2,000% greater than rebalancing. Of course, these results are hypothetical and, as always, past performance does not guarantee future results.

Nevertheless, the bottom line is this: increasing your deferral rate could be the easiest and best way to grow your retirement assets.

This is just one component of your “Retirement Planning Map”.  There are many other issues to consider such as:

Remember, though, that by contributing more, you stand a better chance of achieving success in your overall retirement planning process. At the very least, contribute enough to receive the full amount of your employer's matching contribution. It's also a good idea to increase your contributions annually, such as after a pay raise or a bonus.

Retirement will likely be one of the biggest expenses in your life, so make it a priority to calculate your savings goal at least once a year. Reviewing these points at least annually and/or when there has been a financial or life changing event will help you to stay on top of your planning process.

Connect With Us
Learn More About René

What Does Urban Wealth Management Do?

The Importance of Protecting Your Income

5 Ways to Support our Climate

Get Your Financial Groove On!