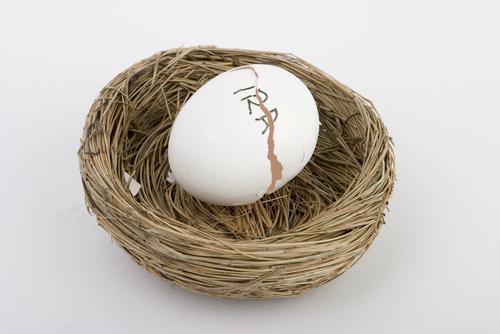 A client recently contacted us for advice on a sticky situation. Both she and her husband had inherited IRAs from their mothers who had passed away 6 and 11 years earlier respectively. By sheer coincidence, the client had discovered that they both should have been taking Required Minimum Distributions (RMDs) from these accounts, per IRS rules. However, the other advisors had never informed them of this requirement! Consequently, they now face the task of calculating how much should have been taken out of those accounts over the past 6 and 11 years—plus pay a 50% tax penalty for each one of the distributions that should have been withdrawn! Yikes!

The rules regarding inheriting IRA accounts can be complex, and if they’re not followed properly, the consequences can be very costly—as the above example illustrates. It’s likely that over the next several years, many of us will also be inheriting IRA assets. With that in mind, here are some high-level points you’ll need to know if you are inheriting an IRA.

What was the age of the IRA account owner at the time of death? The distribution rules vary greatly depending if the IRA owner was over or under age 70½. If they are over 70½, you need to make sure the owner took their RMD in the year of their death, since that distribution is mandatory before any other withdrawals can take place.

Surviving spouses have the broadest and most liberal withdrawal options compared to non-spousal beneficiaries. Surviving spouses can either retitle the IRA account in their own name, consolidate and rollover the account into their own IRAs, or establish the account as a beneficiary of inherited IRA account. With the last option—depending on the age of the deceased spouse—funds can be withdrawn either in a lump sum, over five years, or over their own life expectancy. This option could be preferable if the spouse is younger than 59½ and needs to access the IRA funds right away. Although withdrawals are taxable, they would avoid the 10% tax penalty that normally applies before age 59½.

3. The Gift of a Lifetime

Non–spousal beneficiaries have fewer options than spouses, but they can still benefit from a few different rules that can help create wealth over your lifetime, and even potentially for your loved ones. Following the rules to a “T” will help avoid unfavorable tax consequences. As we’ve already mentioned, the age of the IRA owner determines what withdrawal options the beneficiary can employ. If they were under 59½, the beneficiary can elect to take the funds in a lump sum, receive funds over a 5-year period, or take distributions over their own life expectancy—also known as the “stretch IRA” strategy.  If, on the other hand, the owner was 70½ or older, then the beneficiary only has two options: take the funds as a lump sum or over their own life expectancy.

Whichever option is elected, keep in mind that any withdrawal will be subject to regular income taxes. (This does not apply to a spouse electing to consolidate the inherited funds into his/her own IRA accounts.) For beneficiaries younger than 59½ , the 10% penalty is waived, but regular income tax applies. There are also some very specific time frames that must be adhered to when making your election—otherwise, your withdrawal plan could be in jeopardy.

Bottom line: don’t go it alone. Consult a financial planner and your tax advisor for advice and direction.  Once you make an election, it could be irrevocable and/or difficult to unwind.

Connect With Us
Learn More About René

Top Places to Retire in California

5 More Things to Know About the TCJA